I've been working on a manuscript that examines how language interacts with the world and I find it endlessly interesting. The highly complex nature of our communication structures, practices and cultures means that very little human experience is free of language. More specifically, the actual language or languages we speak, think in and process deeply influence us. We might, if we push hard enough, allow that language inhabits us as much as we inhabit language. 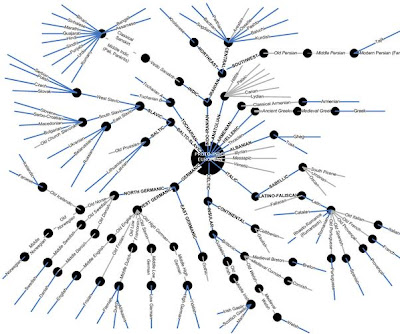 Given these deep intricacies, the nature of how the various languages we are part of is very important to think about. How do computer languages, marketplace terms, mixing of languages, power and conquest all relate? They are most certainly not trivial.


Michel Serres has published a piece reflecting on how the marketplace - marketers and money people - are changing the nature of French and what might be done about it. I read the piece and thought that all uniqueness, distinction, peculiarity and local flavour is important. In this case, the matter of discussion is the use of French but I thought of many other ways that the particularity of the local can get washed out in the mass influences that move in and around us.


Years ago I had a long conversation with a Ukrainian Orthodox priest that I met with from time to time  to discuss ideas with. He talked about how the retention of a Ukrainian mass meant that younger people failed to see the experience as meaningful - they were thoroughly English and the Ukrainian was the language of their grandparents. If he insisted on a Ukrainian mass, he risked the loss of a generation and thus of a much greater enterprise. If he gave up Ukrainian in favour of English, the cultural ballast of the Ukrainian culture would be deeply undermined. What a difficult, and specific, predicament.


Here's the article link. I would be most interested in what people make of the ideas raised. The image comes form this website.
Posted by Ingenuity Arts at 10:13 AM 4 comments:

I think you will enjoy reading Randy Burks translation of Betrayal: The Thanatocracy. The article was first published in Hermes III in 1973. You can read this translation on Issuu by clicking the image below and flipping through it electronically.

Here is another entry from Cynthia Haven that explores briefly the puzzle of Serres in North America. Despite having some very interesting and valuable ideas about ecology, synthetic thinking, pattern-recognition and communication and culture theory, Serres just doesn't have the uptake here that he does in France.

Perhaps we shouldn't be surprised that there are real differences between NA and Europe and thus that appetites for certain forms and ideas are different. That variance may be encouraging in a world that some fear is becoming increasingly homogenized. The loss that we face in not reading Serres in NA is that we fail to encounter the distinctive flavour of his thought and the diversity that it can generate. That seems to be at the heart of what Cynthia is getting at in her post. 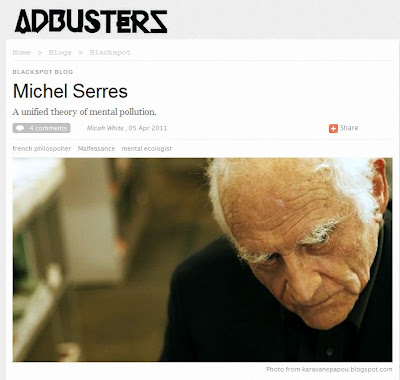 Micah White has written a blog post for Adbusters that explores Serres's philosophical development of the idea of mental pollution as an extension of primitive biological pollution as the marking of territory. The post is based on Malfeasance: Appropriation Through Pollution? which gives expression to Serres's ideas about human interactions with other natural systems and what those interactions might mean. Here is a sample from the post:

The photo of Serres in this post is from the blog Karavan Papou and contains an excerpt by Serres on educating the 21st century.

Posted by Ingenuity Arts at 11:51 AM No comments:

Trying to Understand Serres: Some "Not Fans" of The Parasite

This is a pretty interesting exchange between some people trying to figure out what Serres means by "The Parasite" within a scientific context. If you have a chance, read it and see what you make of the criticisms and struggles that are at play. 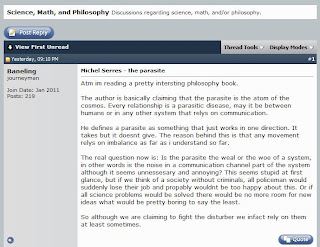 Read the "Not Serres Fans" exchange.

Serres and the scupltures of Bianca Maria Barmen 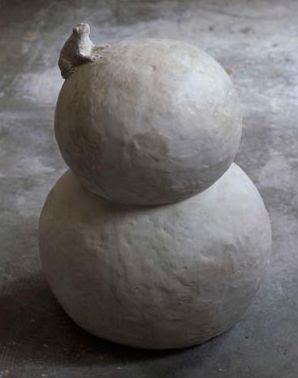 An exhibition of sculptures by artist Bianca Maria Barmen is running at the Kunsthallen Brandts. One commentatory compared Barmen's style to Serres's thoughts on recognition amid a fast and fluid world.

Marie Bukdahl relates Bianca Maria Barmen's sculptures to the view expressed by Michel Serres in his book Statues, that sculpture represents a special path to recognition:
"In several of her sculptures there is secret realm from which society's rapid, texturally-lacking stream of images meets resistance in a particularly intense way. Her sculptural works appear as strong points from which to take bearings, or mysterious monuments that counteract the transient nature of our surroundings."
Bianca Maria Barmen's sculptures are difficult to define. They are like a perfect haiku poem in which both rhythm and content would collapse if one dared remove even a single letter.

You can read more about the exhibit here on the e-flux website.

Posted by Ingenuity Arts at 2:11 PM No comments:

Stefan is interested in learning more about where Serres might talk about trains and railways. Within our collective reading and explorations, I thought we might be able to come up with a reasonably comprehensive answer.

Trains + Serres...anyone?
Posted by Ingenuity Arts at 7:45 AM No comments:

Stefan at Traditio has posted a great article that connects football and Serres. The motion of the ball, the movement of individual players, and a great video segment of Zidane all make this worth reading and viewing.

Serres appears to be a very keen sporting enthusiast and this make an intriguing connection between complexity, synthesis, messengers and the ideas he has so richly developed around those themes over the years.
Posted by Ingenuity Arts at 8:53 AM 3 comments:

Crossroads and Narrative in Serres

It may be very important for us culturally to understand what crossroads are all about. Are they places where lines cross? Roads join? Or where narrative powers are at work bringing many things together while leaving just as many possibilities still open? 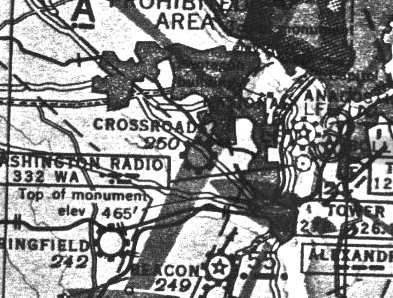 Julie Heyward of the blog Unreal Nature has curated a post that is a valuable reflection on these ideas. She explains how Serres envisions crossroads much differently than people who are committed to more linear views of the world. Here's a sample:

Serres substitutes the thought of the juncture as abundance or complexification. Equally, if, self-evidently, the crossroads is not a figure establishing or confirming an identity. Nor is it one that signals the dissolution of identity or death of the subject. Identity is rather projected as a point of intersection between multiple networks.

… Literature, says Serres, in Zola, occupies language more largely than any of the logics.(This is not a value judgment, but simply the case.) For the same reason, literature is a “system of simulation” that is relatively faithful in what is at stake in the game for any of the knowledges — any of the découpages — at a particular point in space-time. Narrative will therefore stand relative to any given knowledge as a simulation of Bachelard’s ”complexité essentialle.” As such, it resists entêtement, obstinacy, stubborn persistence, the fixed idea lodged in the head, the singular, homogeneous space of the dogmatist.

Narrative is like a force that doesn't increases space as it grows, rather like a river running underground carving out caverns and passageways that in turn have all kinds of potential for animals, people and other things to move through it - possibilities are more characteristic than reductions.
Posted by Ingenuity Arts at 6:46 AM No comments:

Some Posts on Serres in French 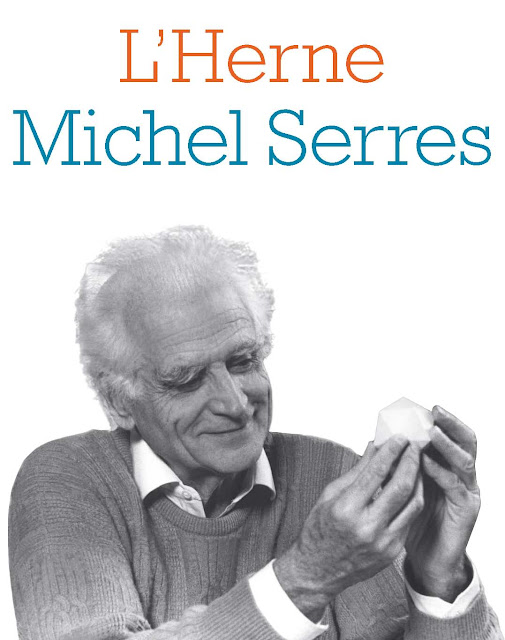 For those of you who are interested in reading some posts about Serres in French, you can find some here. If you are less proficient in French, Google can facilitate your cheating (I'm sure some of you are cringing) and give you at least some sense of what is there.


I keep working on my French (my youngest two are happily in immersion) and constantly envy those who can move with angelic grace between French and English. My lot is to be regularly humbled by my children.


And his new book Biogee as well is here.


Thanks to Stephanie Posthumous for pointing these out.
Posted by Ingenuity Arts at 1:27 PM 2 comments:

Variations on the Body (translated by Randolph Burks)

Did anyone else know this? I sure didn't. The connections between Stanford and software development are strong in many of the disciplines but this is a pleasant surprise. According to the company website, Serres is a co-founder of Trivium - you can learn more here.


Has anyone used any of the Trivium tools or approaches? Is Serres involved in any of the functions of the company? It's an intriguing edge.
Posted by Ingenuity Arts at 1:13 PM No comments: 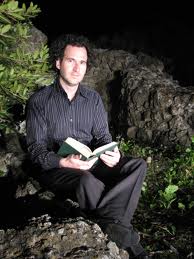 This interview with a Stanford faculty member who was influenced by Serres is worth reading. Showly Lang talks with Dan Edelstein about who influenced him the most in his studies and work and he picks Serres as an important part of his academic growth and inspiration.
Posted by Ingenuity Arts at 12:12 PM No comments:

Mention here in CampusFrench of the contribution of scholars like Serres who have run across, through, among, and within a wide variety of disciplines.

Posted by Ingenuity Arts at 12:12 PM No comments: